AB24 was formed in response to its members’ connections with Aberdeen and their shared love of the repertoire afforded to them by the wide variety of instrument combinations at their fingertips!

The postcode name of the ensemble represents in pleasing symmetry the area of the city where all three members have, over the years, enjoyed living, working and performing.

A partner organisation of Baroque In The North, AB24 recently recorded a disc of hitherto unrecorded solo works for Musette, Music for French Kings, to be released in 2022 on the Deux-Elles label. 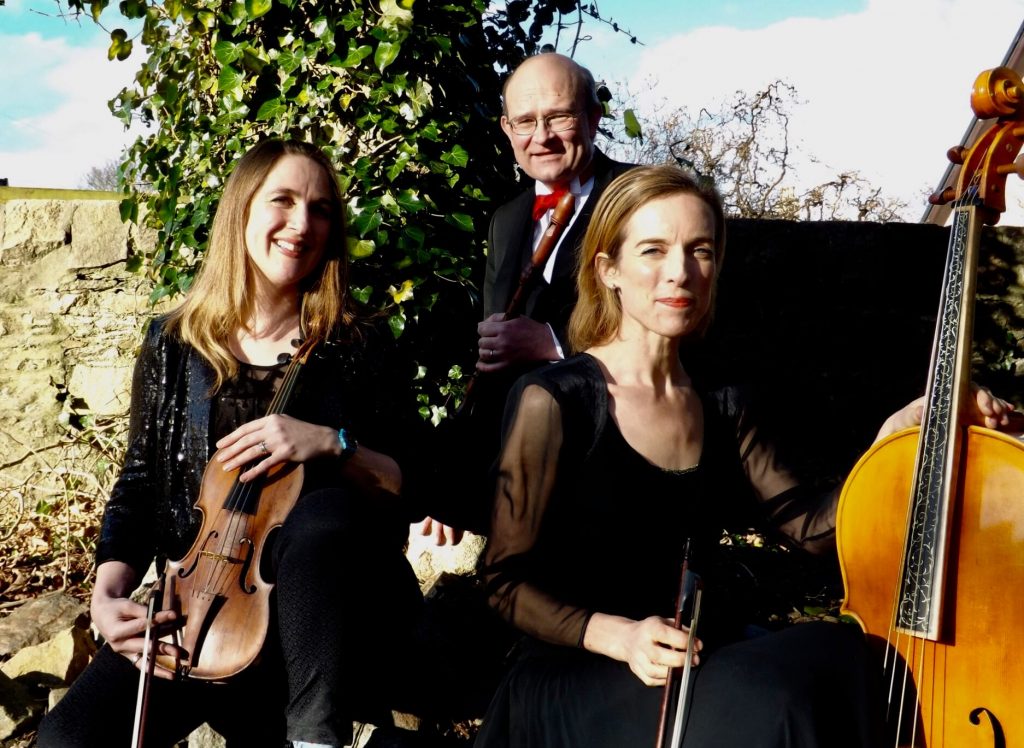 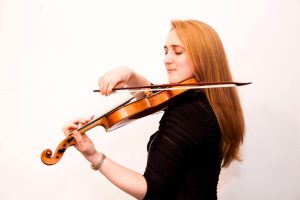 Amanda specialises in 17th- and 18th-century repertoire. As a violinist and recorder player she records and performs regularly in the UK and Europe with many of the leading British and European period-instrument ensembles, including Les Talens Lyrique, Dunedin Consort, Ex Cathedra, the Gabrieli Consort and Players, Florilegium, and Fiori Musicali. She appears on several recordings with Les Talens Lyrique and Ex Cathedra, as well as a recording of newly-edited and previously–unrecorded music by Giovanni Ruggieri (Aberdeen Early Music Collective, Vox Regis label, 2018) and another of music by Gottfried Finger (Harmonious Society of Tickle Fiddle Gentlemen, Ramée label, due for release 2019). Described as a ‘canary on amphetamines’ (for her performance of Vivaldi’s concerto for sopranino recorder), Amanda recently completed a Master’s degree in performance at the Katholieke Universiteit Leuven, Belgium, where she specialised on musette – 18th century French bagpipes. This makes her one of only a handful of musette players in the world.

As well as performing with AB24, Amanda is a member of chamber ensembles Four’s Company and Aberdeen Early Music Collective. She is Artistic Director of Baroque In The North (formerly known as Northern Baroque) and has given masterclasses at various universities and conservatoires including the Jāzeps Vītols Latvian Academy of Music, Riga in 2016 and 2018.

“Amanda’s performance was absolutely stunning and the audience responded with a much extended ovation.”

Amanda is a Visiting Performance Fellow at Aberdeen University and has been Director of the University of Manchester Baroque Orchestra since 2006. She teaches at the Royal Northern College of Music, and has given talks for Göttingen Handel-Festival, The Foundling Museum, London, and Manchester Camerata. 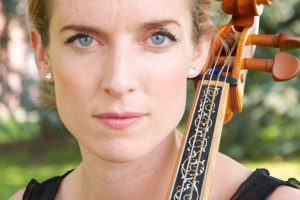 She has performed as a freelance cellist across the UK with the Hallé, Liverpool Philharmonic and currently with Manchester Camerata.

As a baroque cellist, Claire has combined solo performance with continuo, ranging from 18th-century opera and oratorio to chamber music as well as solo cello repertoire by Bach, Vivaldi, Bononcini, Lanzetti and Telemann.

Claire is a Visiting Fellow in Performance at Aberdeen University and regularly gives continuo coaching and workshops at Universities and summer schools across the country. She is a member of early music ensemble AB24, currently busy performing for music societies across Scotland and is part of the continuo team that makes up the Aberdeen Early music Collective; the Collective’s recent recording of Ruggieri Sonatas and Cantatas already gathering glowing reviews.

At the other end of the spectrum, Claire is also a keen advocate and performer of new music: her recording of The Seventh Door by Panos Demopolous is soon to be re-released on the Metier label. She has also recently given the UK premiere of Unidentified Edges and Into the World of Light for soprano and cello by composer Geoffrey Palmer and the debut recording of Dance Curves for piano trio and dancer by James Redlinghueys. She is proud owner of three cellos – baroque, modern and electric! Claire is also a resident cello tutor at Oxford Cello School. 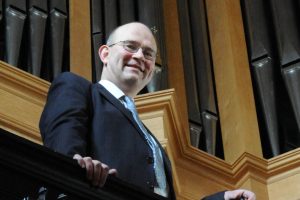 David J. Smith is an organist, harpsichordist and recorder player. He specialises in early seventeenth-century keyboard music from England and The Netherlands, and in improvisation in a variety of styles and idioms. ‘David J. Smith is renowned for his improvisations … he gave us a sturdy Prelude and Fugue in the German Baroque style and … he brought the recital to a close with a Toccata-like modern piece, full of wonderful sharp edges, twists and turns and excellent good humour.’

Before moving to Northumbria University in September 2018 as Founding Head of Music, David was professor of music at the University of Aberdeen, where he served as Head of Music and was Master of Chapel and Ceremonial Music.

David’s recording of sacred vocal music and organ works by J.S. Bach with the Choir of King’s College, Aberdeen, met with critical acclaim. The 5* review in Choir & Organ described an ‘unforgettable experience’ in which ‘the text is interpreted with great sensitivity, intelligence and breath control’ and ‘Bach chorale preludes provide contemplative interludes between the vocal works’. The CD has been broadcast on Radio 3, Radio Scotland and in the USA.

David has directed the choir on two motets by Peter Philips (1560/61–1628) with internationally acclaimed Rose Consort of Viols. The Rose Consort performs pieces from his scholarly edition of consort music by Philips and Richard Dering (c.1580–1630) for Musica Britannica alongside keyboard pieces by Philips played by David from his scholarly edition. ‘With the Rose Consort listeners know that they will be hearing consummate performances. David Smith is not only the world expert on Philips now, but is also himself a fine harpsichordist.’ (Early Music Review).

As a member of AB24, David plays harpsichord continuo and recorder. As well as performing with AB24, David gives solo organ recitals. He has given masterclasses in improvisation, French classical organ repertoire and early English keyboard music in the UK and in Poland, where in 2016 he was invited to teach on the Academy of Improvisation in Gdańsk.